Gwadar was notified as a separate district on 1st July, 1977.The name originates from Gwat which means air and Dar, the door. The district headquarter is in “Gwadar” town. The district is located in the south-west of the Quetta City, the provincial capital of Balochistan, sharing its boundaries in the west with Iran. District Lasbela is in the east and Kech and Awaran Districts are in the north.

Due to the deep sea port, Gwadar District has been developing fast. It has a scenic coastal highway that originates from district Lasbela and passes through the Gwadar district. The district has a 620 Kms coastline along Arabian Sea. The most significant feature of the Gwadar District is Gwadar Port, a deep sea warm water port. It is located on the eastern bay of a natural hammer-head protrusion of land, from the coast, distended into the apex of Arabian Sea. By virtue of its geographic location and developmental projects, Gwadar is going to be an advanced and developed coastal city at par with other famous coastal cities of the world, in the coming years. The terrain of the district is mountainous and consists of coastal plains and valleys having an elevation ranging from 0 to930 meters above Mean Sea Level. (MSL)

The Makran Region surrounding Gwadar was occupied by the ancient Bronze Age people who were settled in the few oases. Later, it became the Gedrosia region of the Achaemenid Persian Empire which is believed to have been conquered by the founder of the Persian Empire, Cyrus the Great. During the homeward march of Alexander the Great, his admiral, Nearchus, led a fleet along the modern-day Makran coast and recorded that the area was dry, mountainous and inhabited by the “Ichthyophagoi” (or “fish eaters”), a Greek rendering of the ancient Persian phrase “Mahikhoran” (then it became “Makran”). After the collapse of Alexander’s empire, the area was ruled by Seleucus Nicator, one of Alexander’s generals. In 303 BC, Gwadar witnessed the advent of Alexander the Great, followed by the rule of Chandra Gupta Moria. A detailed history of the later period is missing.

The inhabitants of Gwadar were Baloch and their chief was Malik Jelaleddin, son of Malik Dinar. In 1783, the Khan of Gwadar granted authority over Gwadar to Taimur Sultan, the defeated ruler of Muscat. When Taimur Sultan reclaimed Muscat, he continued his rule in Gwadar by appointing a governor there.

Gwadar officially became a district on July 1, 1977, when Makran Divison was created having three districts. Gwadar town is the headquarter of Gwadar District. Previously, it was one of the 3 Tehsils of the then Makran District – before Makran was upgraded to a Division. For administrative purposes, the district is further divided into two sub-divisions, namely Gwadar and Pasni.

Gwadar became a part of Pakistan in September 1958. Keeping in view the needs of the Central Asian States, Afghanistan and China, the Government of General Pervez Musharraf decided to construct a deep sea port at Gwadar (third port of Pakistan) and China assisted in building the port and the coastal highway.It is being planned to link Gwadar to other major cities of the country as well as with Central Asia through the railway and road networks.

The strategic location of Gwadar is very important, because it is 72 kms from Iran and 400 Kms from the Strait of Hormuz.Gwadar deep sea mega project had commenced in March 2002.

Annual rainfall recorded in Gwadar is 100 mm (3 inches) on average, but, in June 2010 the city was battered by a Cyclone ‘Phet’ followed with record breaking heavy rainfall of 372 mm and winds up to 75 mph.

The principal tribe of District Gwadar is Baloch, which is further divided into sub-tribes that are: Kauhda, Hoath, Gichki, Kalmati, Dashti and Rind. The language spoken in the district is Balochi.

The climate of District Gwadar is hot and humid in summer and mild in winter. The uniformity of temperature is a unique characteristic of the coastal region in Balochistan. Occasionally, winds in Balochistan plateau bring cold spells, otherwise the winter is pleasant. Winter is shorter than summer. The weather of district is identical to that of the Middle-East as rain occurs mainly during the months of December and January. However, the highest rainfall of 227 millimetres (8.9 in) in 24 hours was recorded on 6 June 2010.

Geographically, Gwadar District is a vast mountainous region consisting of ridges and hills. Between the ridges, the plains’ soil is generally fertile and suitable for growing wheat, cotton, fruit and vegetable. The coastline extends in the east-west direction and is almost deserted. The Makran coast lies in the seismic zone. The coastline is deeply indented with bays but its most characteristic feature is the repeated occurrence of promontories of white clay cliffs capped with course limestone or shelly breccias, which all approach the table topped form. The terrain comprises of ground elevation of Makran coast range up to 1,000 meters above sea level. Pasni is about 0-200 meters above sea level.

The important rivers and streams in the district include Shadi Kaur, Sawad and Dasht Rivers with its tributaries Nilag and Daddeh.

Gwadar District touches the Hingol hills at its eastern end, which bound the western side of the Lasbela plain. It continues th west-ward in one mass, of which little is known about 64 east parallel, where it commences to bifurcate. The main mass continues south-west and develops into the Talar-e-band ridge, which ends abruptly at Suntsar above Dasht River. The other part continues westward from Tal-e-sar, south of Hoshap in a well defined ridge, which forms the southern boundary of Kech valley also called the famous Gokprosh hills. Gokprosh hills continue west-ward into Iran.

At Pasni the main mass runs down southward to the sea after which it again retreats to enclose the Kulanch valley; on the western side, it once again stretches down an offshoot south-ward in the shape of Koh-e-Dadamb. Throughout its length,

the ridges of Koh-e-Dramb composed increase gradually in height towards north, the watershed being formed in the extreme north. As the slopes, approach the sea, and the height of the hills gradually decreases and at many places seems to be a little more than a mass of hillocks. 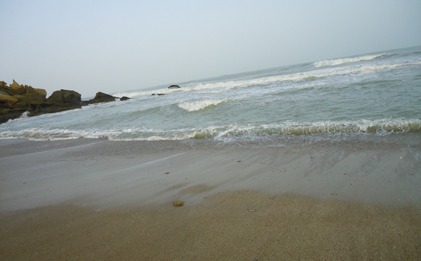 Gwadar is one of the few planned cities in Pakistan (others being Faisalabad, Jauharabad,and Islamabad), which have been developed from scratch under an urban master plan. Prior to its development as a port city, the town was a fishing village. A master plan for the development of Gwadar City with land zoning and internal infrastructure networks was approved by the Government of Pakistan in 2003. The Gwadar Development Authority (GDA) is charged with the execution of this master plan. A major part of its current work program is focused on the fast-track construction of roads, other infrastructure and public buildings. The provincial government of Balochistan has started with the development of infrastructure for the Industrial park’s that are located east of the city. Related to this rapid development, the population growth rate of Gwadar has accelerated during the past two years. The current population of Gwadar city is estimated at around 85,000 and is expected to reach half a million in about five years.

In 2013, Gwadar Port operations were officially handed over to China.According to the contract signed a full-fledged commercial port will be constructed with initial investment of $750 million.The port is said to be strategically important for China as Sixty percent of China’s oil comes from the Gulf by ships travelling over 16,000 kilometres in two to three months, confronting pirates, bad weather, political rivals and other risks up to its only commercial port, Shanghai. Gwadar will reduce the distance to a mere 2,500 kilometers and also serve round the year. 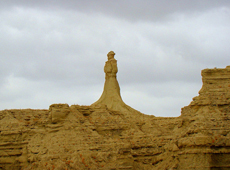 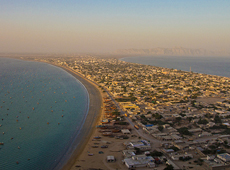 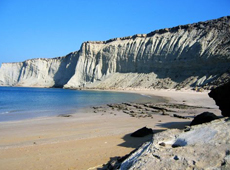 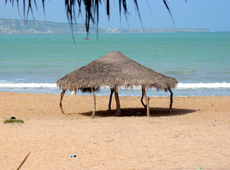